7 Things You Don’t Know About the Funeral Profession

Every industry is full of surprises, and the funeral profession is no different. No, we don’t sit around in black cloaks fantasising about death!

But we do have inside knowledge, and we’re here to educate you on the information you don’t know about. Let’s get started:

1. The Industry is Currently Unregulated

Most people have heard the saying — there are only two guarantees in life — death and taxes.

What’s interesting is how the government manage tax. It’s stringently regulated, and you’ll find qualified Tax Inspectors everywhere. Some will complete your tax return for you, tell you how much to pay, some will even tell you how to avoid it.

In England and Wales, the funeral profession is worth £2bn, yet it’s totally unregulated.

What does that mean? Anyone and I mean anyone can call themselves a Funeral Director and start trading. Is There a Governing Body?

The National Association of Funeral Directors serves the profession, but subscription to the NAFD is entirely voluntary. If someone does something against their Code of Practice, they just get a fine.

Respect for the dead and protecting public health make burial or cremation an urgent task when someone dies, here’s how the law affects different parts of the funeral process:

The actual disposal of the human body has no regulation whatsoever, and there’s no time limit on how long a body can be kept, though when I was training all those years ago, I was told that a body can only be kept until it becomes a health hazard.

There’s no protection or regulation of the respectful handling of a dead human body, which I feel is fundamentally wrong.

This should be a priority and isn’t, yet there are certain aspects surrounding funerals which are strictly regulated, even though you don’t have to use a Funeral Director or even have a funeral in the traditional sense of the word.

Cremation can only take place in a licensed crematorium, and if your cremation takes place early morning, it’s cheaper.

There is a minimum depth for the grave, and the siting and management of burial grounds are strictly regulated. There are also specific laws which must be adhered to regarding burial on private land.

Embalming is only a legal requirement if a body is being moved from one country to another.

The fluid used to embalm bodies is highly toxic, and there are EU plans to ban the use of Formaldehyde — the main component of embalming fluid.

This may mean that the profession will have to resort to expensive and costly temperature controlled storage facilities to enable the presentation of the body.

2. Your Will Wishes Aren’t Legally Binding

If you express your funeral wishes in your will or even have a funeral plan, these requests are not legally binding, and it actually depends upon the discretion of your executors or the person who’s responsible for making the funeral arrangements.

In a recent survey by a funeral planning company, a quarter of deaths lead to family disputes, with 20% of these relating to the final disposal of the body by burial or cremation.

Sometimes, cremation is not acceptable to certain religions, and in these days of blended communities, this can create conflict with that final decision.

Also, in estranged families, some family members want to prevent other family members from viewing the body before the funeral. Some families even keep the funeral details private, thereby preventing attendance.

Funeral Directors are often referees, peacemakers, magicians, allies, enemies yet always, and I repeat always, calm, collected and unbiased. Funeral Directors perform an amazing role and can conjure and create something on the spot. Funeral instructions are not legally binding. Your family can ignore specific directions set out in your will or prepaid funeral plan.

You have to trust that your expressed wishes will be carried out. Great for the families who get along.

However, if you make your wishes known in a will or funeral plan and the final decision has to be made in a court of law, your written wishes will be taken into consideration.

There’s no law around who owns a dead human body, though certain people do have the authority to dispose of it.

First and foremost, there will be the deceased’s personal representatives or executors of the will. The purpose of a will is to deal with the disposal of property, and a body is not property.

Funeral plans aren’t regulated by the Financial Conduct Authority or any other statutory regulator.

Even though a prepaid plan resembles an insurance product, the law exempts providers from regulation by the FCA if they put clients money either into a trust or a ‘whole of life’ insurance policy. The vast majority of – if not all – providers make use of these exemptions.

This also means funeral plan purchasers are unable to complain to the Financial Ombudsman Service and have no protection if a provider goes out of business.

In 2018, the Financial Services Compensation Scheme issued a warning that, contrary to what some might think, it does not provide protection for individuals who have a funeral plan with a provider that fails.

This is because the plans are not categorised as a ‘designated investment’ under FSCS compensation rules. It added: “It is unlikely that the FSCS would be able to pay compensation directly to individuals.”

It’s not clear why the FSCS chose to issue this warning, but there’s no suggestion it was worried about a particular company.

The Funeral Planning Authority was set up in 2002 by the industry to regulate providers. However, this is an ‘opt-in’ scheme which has no legal powers over providers. Of 70 complaints against providers it received last year, only five made it to the dispute resolution stage.

The government has been looking into the regulation of Prepaid Funerals to protect consumers and also to prevent another ‘PPI’ scandal. However, it has now taken a back seat, apparently due to Brexit, so we are no nearer at this stage to safeguarding all those who have invested.

Our advice to you — tell your family your wishes and place the money in an ISA for when the time comes or really do your homework and ensure that your selected funeral director is qualified, governed and legal.

4. Anyone Can Be a Funeral Director

Due to their being no professional requirements to become a Funeral Director, anyone could set up a business tomorrow. Unfortunately, this leads to rogue traders (yes, it happens) who don’t have the right qualifications or experience. And because they’re cheap, people use them.

Funeral directing is a vocation, not a job. We infuse every action with spirituality. As painful as the separation of death is, we have to make it an adventure which can be navigated with sensitivity, grace and dignity.

Anyone can call themselves a ‘professional Funeral Director’, so please dare to ask for evidence of this. Each funeral will only ever take place once. We are not de-sensitised to death. We are just as devoted to living as the next person. Spending so much time around death encourages us to make better use of the lives we are leading. Just ask Carl at Champ on any day of the week, “How are you?”, and he will always reply “Wonderful. What’s the alternative?”.

Funeral Directors are interested in death, but not for the reasons you think. Our interest is more about changing our cultural approach to death and dying, and to make it easier and more acceptable to talk about funerals, our wishes and our grief.

Funeral Directors hours can be very long, we’re probably the only profession that works and is available 24 hours a day. Most other 24/7 jobs do shifts. We don’t.

We can be called out at 4.00am and still have to turn up for work at 8.30am the following morning.

We can be called from family gatherings, dinners, and special occasions to attend to that first call.

Not forgetting the vehicles must always be pristine and the enormous amount of office admin and statutory paperwork per funeral that we must do too.

7. Funerals Aren’t a Rip Off

A common stereotype of Funeral Directors is that they want to rip you off. But that’s not the case, especially with progressive funeral homes that have been founded with a mission of serving the needs and desires of those who are dying or have died, and their families.

There are approximately 40 man hours involved in each funeral, and if your chosen FD has proper premises, education and grief care, you will always find value. Has Your Opinion Changed?

Did you know any of the information we listed above? Has it changed your opinion of the funeral industry? And will you be more careful next time you have to use a Funeral Director? 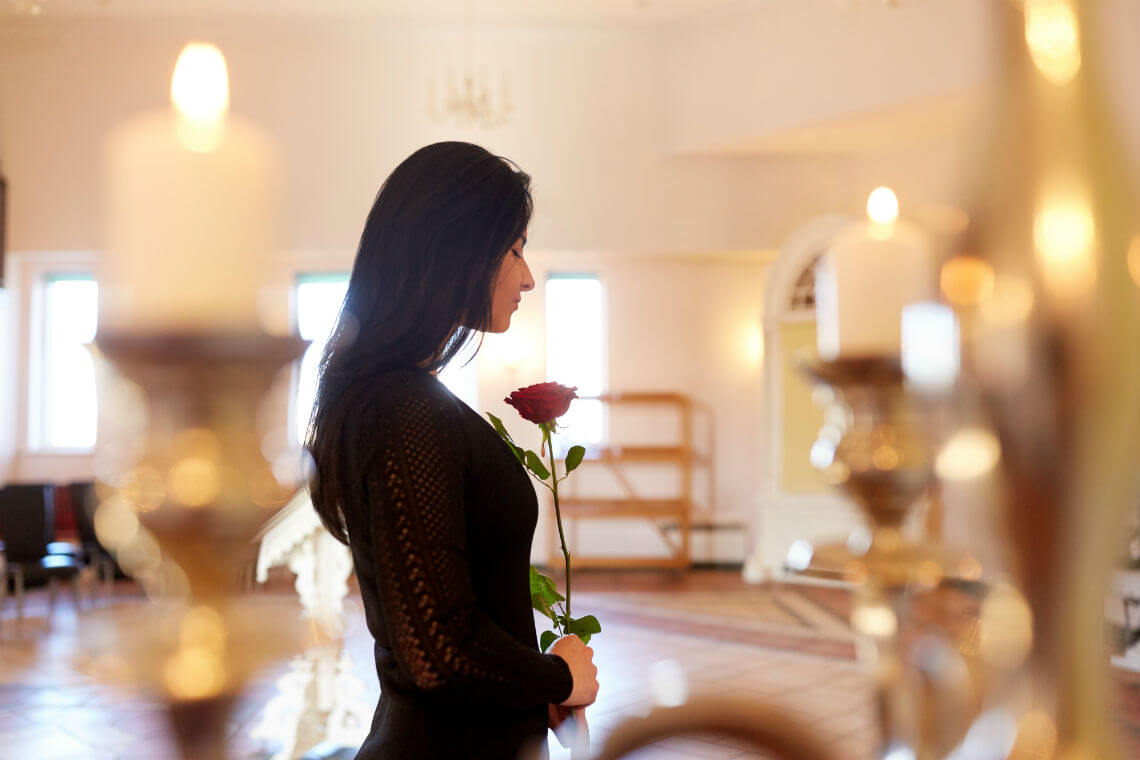