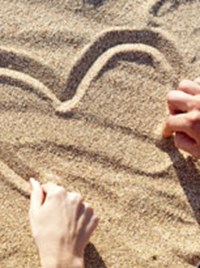 Service Details:
Requiem Mass will be Concelebrated in St Peter's Church at Stonyhurst followed by the interment at Clitheroe Cemetery

‘Fortified By The Rites Of Holy Mother Church’ on 24th November 2016, Philippa passed away peacefully after her long illness which she faced with courage and dignity in The East Lancs Hospice’ aged 46 years of Clitheroe. Beloved daughter of Phil and Pat, dearly loved sister of Chris and his wife Justine and the adored auntie of Amy and Kitty.

Philippa’s work as a Sports Events Manager took her all over the world and included working with the Olympics, The Commonwealth Games, The Rugby World Cup and the Lions Tour. Philippa was dynamic, creative and had a kaleidescope of talents. She lived her life with a liveliness and passion which stayed with her to the very end. She loved skiing, horse riding, swimming and she adored her wine and Champagnes – of which she was a connoisseur. Great fun and with a ‘joie de vivre’ which was infectious,  Philippa touched so many people in so many ways because of her generous, kind and giving nature and she raised thousands of pounds for charity, climbing the Three Peaks and completing The London Marathon whilst she was ill herself. Philippa was a wonderful friend – the best kind to have.  Like a pebble dropped in a pond, we all got splashed. Requiescat in Pace.