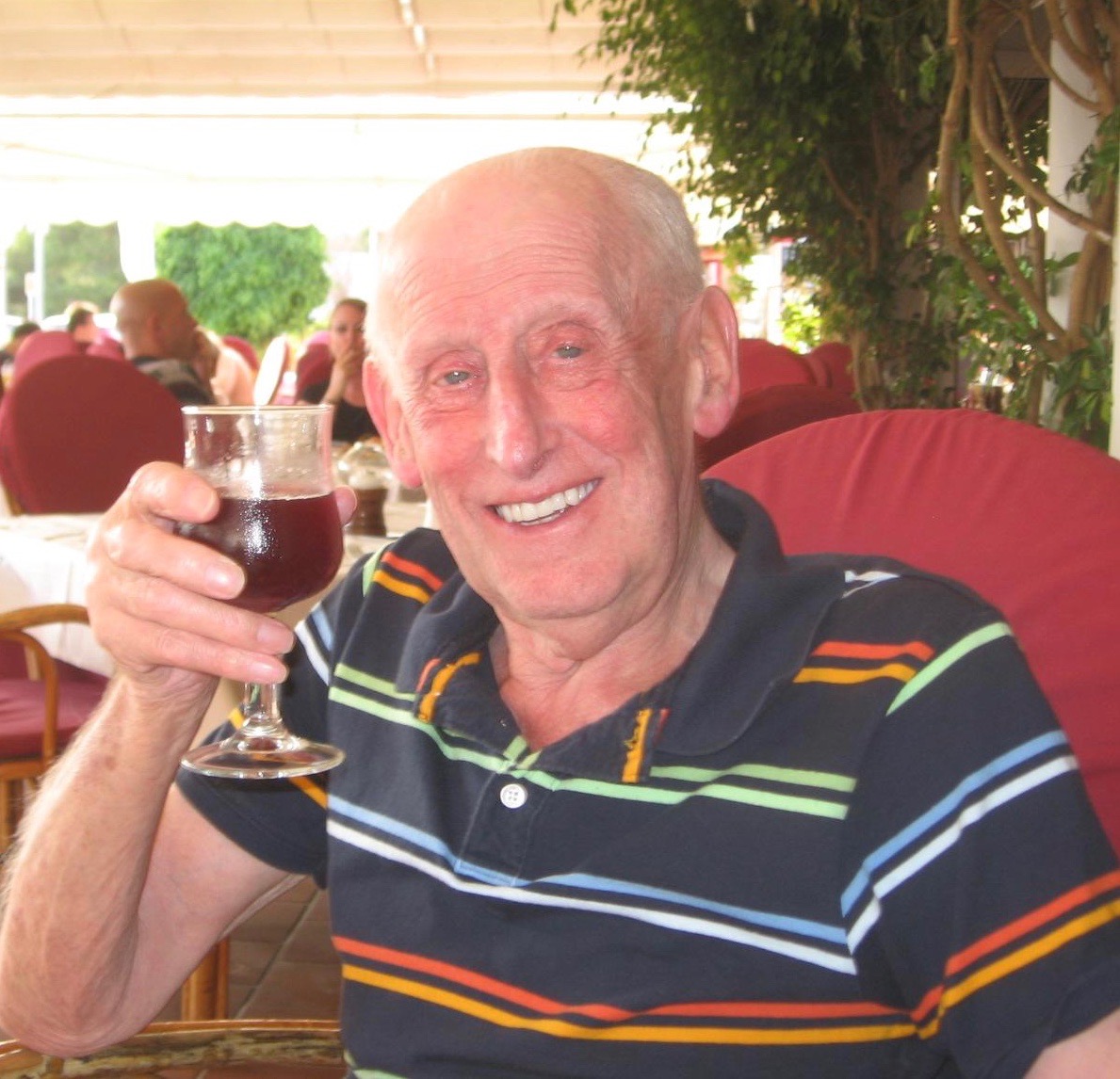 On 17th June 2019, Leo aged 87 years of Blackburn, passed away peacefully in hospital, Fortified by the Rites of the Holy Mother Church.

Leo, always a devout family man, was the dearly loved husband of the late Margaret, much loved dad of Gerard, Michael, Anthony and Margaret and a devoted Grandad, Brother, Uncle, Brother-in-Law and Father-in-Law and dear relative and friend to many.

Prior to retirement, Leo taught Mathematics in several Bolton Secondary Schools for 23 years following prior employment with the Gas Board, Mullards and Northrop all situated in Blackburn.

He loved to travel and together with Margaret, toured most parts of Britain prior to seeing the wider world. They toured different parts of the USA, Canada and New Zealand. They also visited the Holy Land and Hong Kong as well as enjoying sunny coastal holidays in various countries around the Mediterranean.

Leo’s whole life revolved around his deep and devout Catholic faith and it has served him well. Leo grew up in Little Harwood within St Alban’s Parish. The Sacred Heart in Blackburn became the home Parish as he and Margaret moved into the marital home in 1956 and began to raise the family. He was a proud ‘Old Boy’ of both St. Alban’s Primary School and St. Mary’s College. As a young man his social life included progression through the Squires and in to the Knights of St Columba. He became a Eucharistic Minister which allowed him to take Holy Communion to the sick and housebound in the Parish. He has participated in many social activities organised within the Sacred Heart community and would always attend Sunday Mass wherever he was in the world.

As a keen football fan and Rovers season ticket holder for many years, his prayers and support were rewarded with top flight football culminating in the Premier League and League Cup successes.

Leo had many other interests and he possessed many talents. He met Margaret at King George’s Hall in Blackburn through their mutual enjoyment of social dancing. He studied Electrical and Mechanical Engineering at ‘night school’ and would undertake many home (and car) improvement and maintenance tasks himself, ably and willingly assisted by Margaret. Following retirement, he attended classes learning to speak Spanish and frequently put this to good use on holiday. He also generally enjoyed the outdoor life and regularly joined walking groups from the local area.

Leo was a lovely man, pleasant, polite, quiet, unassuming, reliable, studious and a generous person who much enjoyed the company of family, friends and colleagues. A committed charitable contributor, he was widely respected for his conscientious work ethic and sense of duty and responsibility. He also had a keen sense of humour and always enjoyed a good laugh. He has provided many happy memories and was a real gentleman. He will be sorely missed.

Family flowers only please.  Donations may be made in memory of Leo to CAFOD.