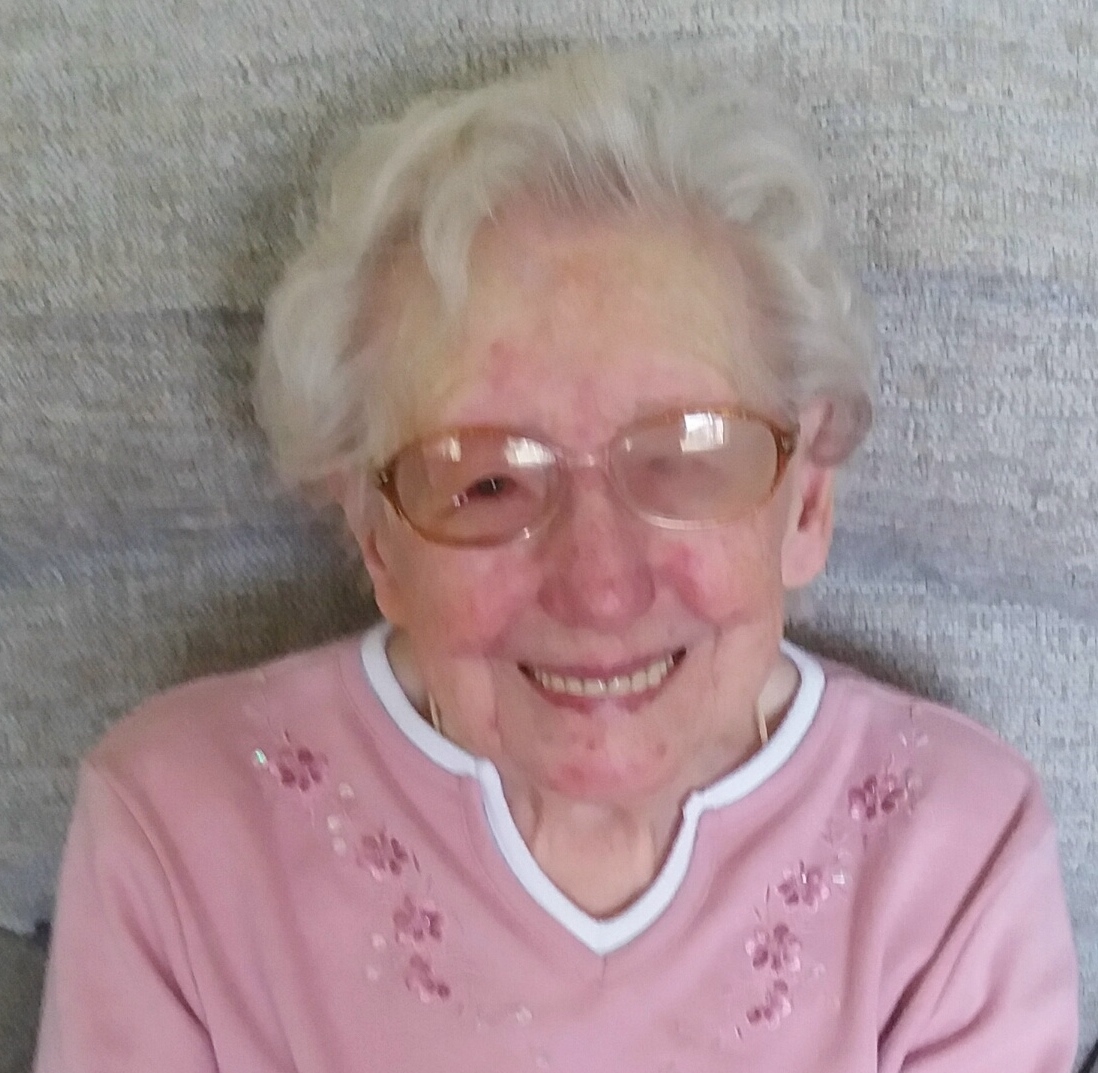 Peacefully at Moorhead Care Home on 9th July 2019, Jessie aged 96 years formerly of Stanley St, Accrington.  The devoted wife of the late Jack Taylor and the late Raymond Cooper, much loved mum of Sheila and the late John, loving step-mum of Susan and Sheila, dear mother-in-law of Dorothy, cherished grandma and great grandma and dear relative.

Leaving school at the age of 14, Jessie went to work at Church Laundry, then Joseph Arnold’s Cards before moving to work at Ewbank, where she was a welder during the war.  She later worked for Bert Smith in Avenue Parade and Albert Harrison’s wholesalers.

In 1948, Jessie married Jack and their son John was born in 1949 and their daughter Sheila in 1951.  Family holidays were enjoyed in Cleveleys, Bridlington, Scarborough and Great Yarmouth, always staying in hotels so that Jessie could have a rest from cooking.  Jessie enjoyed walking, dancing and socialising with friends and family as well as looking round old churches.  When Jack died in 1977, she became quite independent, joining social groups and taking coach tours on her own.

In 1979, Jessie married Raymond and together they enjoyed walking and visiting places in the UK and abroad including Ireland and Austria and visiting Sheila who was working in Greece.  Sadly Raymond passed away in 2000 and more sadness followed when her son John passed away in 2012 after a short illness.  Family and friends remained important to Jessie and she continued swimming until her late 70s and meeting friends for lunch until her late 80s.  She loved music and a good sing-along and looked forward to the school children singing at Christmas and to visiting singers and musicians both when she lived in Clayton and Moorhead.

Jessie was a wonderful mum and friend, loved by everyone who knew her.  She will be missed.