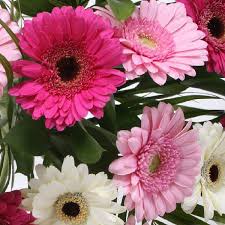 On 18th July 2019 peacefully, Jenifer aged 91 years of Mellor Brook.  The dearly beloved wife of the late Roland, much loved mum of Clare, Tim and Marianne, dear mother-in-law of Jill and Gary, loving grandma of Philippa, Barrie and Faith and great-grandma of Luke, Charlie & Jacob.

Born in Gidea Park 21st December 1927. Jenifer travelled most of her life!  York, during the war when her father was posted there, and Palestine as a young teenager. Whilst there she did a spot of acting on children’s radio – something she thoroughly enjoyed. She often talked about Jerusalem and visited with her husband in later life. Back in England she ended up at Braintree High School where she met her husband Roland who was in the year above her.  She got a job working in the pathology labs at Chelmsford Hospital after leaving school.  Roland and she married in April 1951 and she then followed him to Africa. All three children, Clare, Tim and Marianne, were born in Nakasero Hospital in Uganda, Kampala.  Boarding school was the option for two of them and Jenifer wrote every week to very appreciative children who seldom wrote back!

She then moved with Roland to Winchester and then to Blackburn in Lancashire. Marianne, Tim and Clare lived with them at various points during schooling and Jenifer’s mother also lived with them for the last years of her life. Jenifer was a very active volunteer with the WRVS in Blackburn doing meals on wheels, managing the office and there are a number of medals and letters reflecting the esteem in which she was held by the charity.

Jenifer lived at home until very recently and enjoyed the company of neighbours, friends and family in Mellor Brook. Roland and Jenifer were regular members of the congregation of St Marys, Mellor for many years.

Family flowers only please.  Donations may be made in memory of Jenifer to Great Ormond Street Hospital.