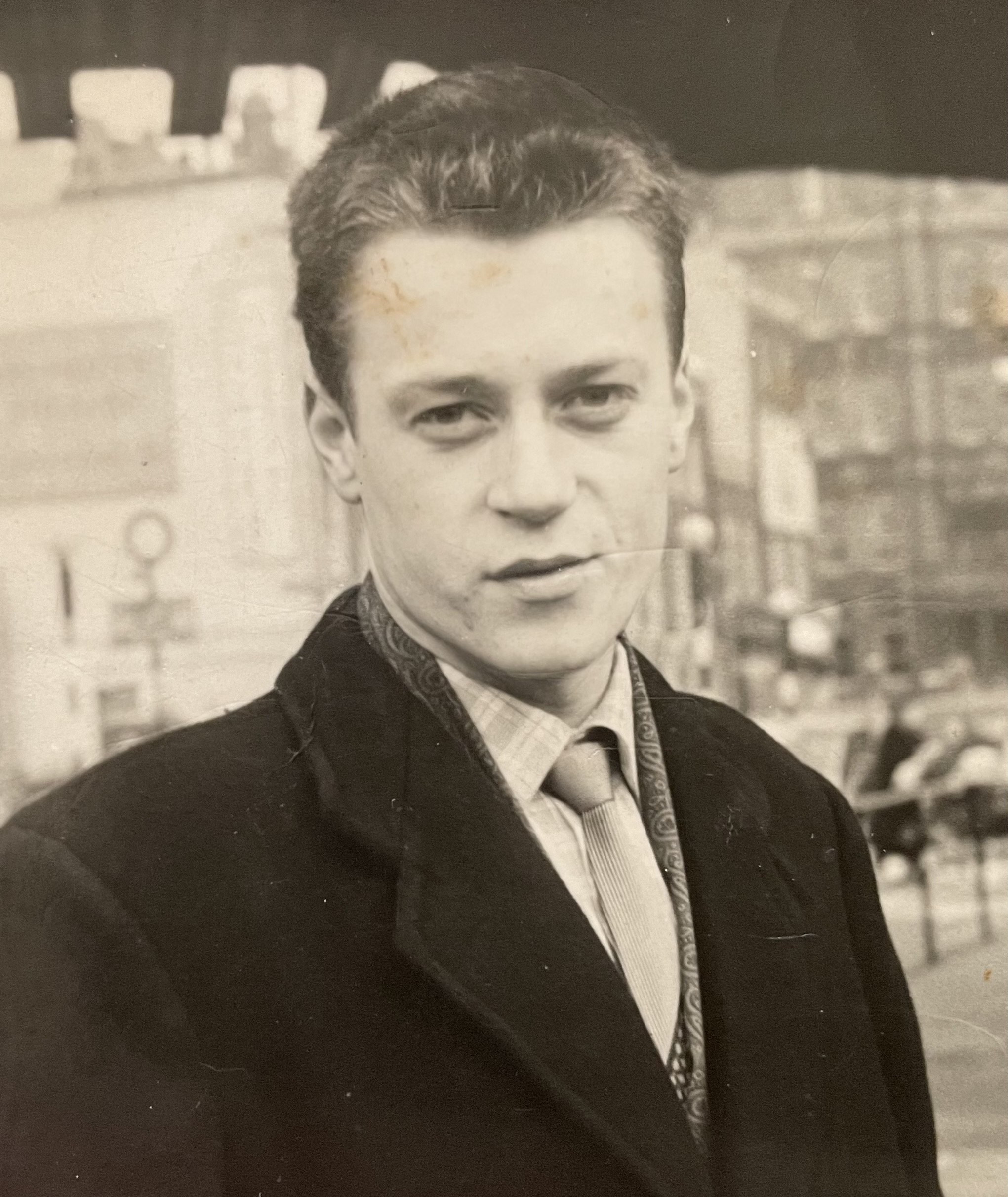 Service Details:
The service will be held in St. James church, Altham followed by interment at Dill Hall Cemetery.

Jim died peacefully on the morning of 15th May 2022, aged 83 years, at the Royal Blackburn Hospital, with his son Edward Foster, by his side.

A beloved and dedicated husband of Sandra, much loved father of Richard and Edward, devoted brother to Bob, Bill and Nessa and sister-in-law Hilary, caring uncle to Laura, Graeme, Harry, Agnes and Beatrix, Heather, Hazel, Daniel, Zach and Blaize and attentive cousin to Tom, David, Caroline, Jean, Ella and May. A dear father-in-law to Mariska and beloved friend to Filo. Also a much-treasured friend, companion and colleague to many.

Jim grew up in Windy Nook on Tyneside. After briefly working as a clerk in Gateshead, Jim was called up to the Second Battalion, the Coldstream Guards in February 1958. He served in Kenya, Egypt and Aden and was a guard at Buckingham Palace. After leaving the Guards, Jim began life as an archaeologist for the Ordnance Survey, a job that included mapping many of the UK’s prehistoric sites such as stone circles and later sites including Roman forts and roads. Jim then worked for Greater Manchester Council and the Greater Manchester Police as a surveyor.

Jim had a very active social life. He was a member of many organisations: whether civic, political, community-based, religious and creative. He served as a Conservative councillor on Hyndburn Borough Council and a parish councillor in Altham. He also taught archaeology at night school and was an expert in postage stamps. In his later years he participated in movement and drumming groups, and attended festivals and retreats, and indulged in a long-held passion, acting; which, as a young man, he had pursued on stage as an amateur. He became an active member of St. James’ Church in Altham and was confirmed in 2021. He had a particular talent for line drawing and his hand-drawn cards were a delight to many. He also developed wonderful cooking skills and became a master of certain dishes. He was a very intelligent man and widely read; completing cryptic crosswords every day. His love of classical music was deep and he particularly loved string quartet music and song cycles by composers such as Schubert. He had a fine tenor voice and would often sing in the house whilst going about his chores. Many will remember get-togethers of family and friends at 343 Whalley Road, Accrington, where Jim, as self-appointed Master of Ceremonies, would delight in entertaining, often in the most inventive of manners. He had a wonderful, warm sense of humour that always made you smile on the inside as well as the out.

Most of all Jim was a devoted husband to Sandra. The love they had for each other was incredibly beautiful to witness. Jim was Sandra’s saint throughout their life together and was her full time carer at the end of her life. He gave great and devoted care to her in this difficult time. Throughout their 56 years together they travelled a lot in Europe and the UK with their two sons. Edward and Richard were fortunate to see many interesting and beautiful places with their parents, including Norway, France and Germany. Jim and Sandra had a passion for gardens and gardening and travelled to many famous and “secret” ones throughout the UK. They also travelled to Holland on a regular basis to see Richard when he moved there over twenty years ago and continued to travel through Europe. They were a wonderful couple who were much loved and respected and would welcome all to their home and inevitably nourish them with love, laughter and, of course, food.
A true force of nature, Jim’s generosity, wit, kindness and patience to those who needed a helping hand will be sorely missed. Jim’s family would like to thank all those who supported him in his last months, and those who hold his memory dear.

Donations are being gratefully received in Memory of Jim on behalf of St. James Church, Altham via the blue donate button at the bottom of this page.

Please feel free to leave a message for Jim’s online memorial book by completing the form below.

Messages for the family of James Russell Foster
Michael and Denise Ashton
Having served on Altham Parish Council with Jim for many years we were very appreciative of his civic knowledge and guidance.
Catherine Lawson
A lovely Kind man who it was a pleasure to get to know through Church and particularly through visiting him these last few months whilst he was unwell. We were never short of things to talk about and I always looked forward to visiting him. I will miss him very much. May he rest in peace.
Truus de Groot
My sincerest condolences, he sounded like a great man with a great life. Glad he brought us Richard.
Jean and Linda (Jim’s cousins)
We shall miss Jim, and we send all sympathies and love to the rest of the family.