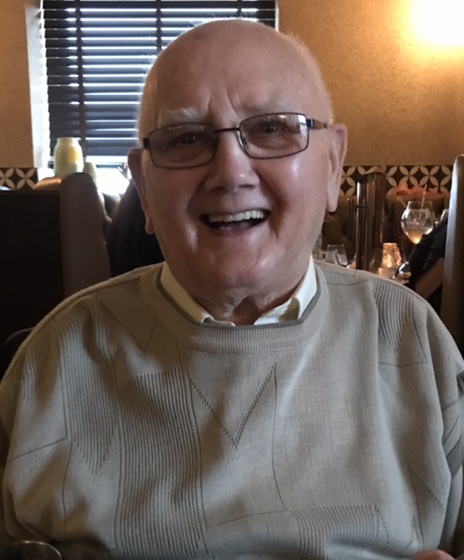 Service Details:
The ceremony to celebrate and give thanks for Jim's life will take place at Accrington Crematorium followed by cremation.

On 17th December 2019 passed away peacefully with his family by his side at Royal Blackburn Hospital.
Loving husband to the late Marian, loving father to Philip, devoted grandad to Rachel.
He also leaves sister Joan and brother in law Bob, brother Wilf and sister in law Jean, sister in law Jennie and the late Alan also Philip and Rachels partners Kirsten and Dave.
Jim’s working life took place with Coates Sign Writers which eventually became his own business. Jim was one of the most placid people you could of met, he was a hardworking man who doted on providing for his family.
Jim loved his holidays with the late Marian especially cruises. In his younger days he played cricket for Rishton and Accrington but most of all loved spending time with his family especially his granddaughter Rachel.
Jim will be sadly missed but fondly remembered by all who had the pleasure of knowing him.
A special thank you to all the staff at Hope House Care Home, Acute Medical Unit A at Royal Blackburn Hospital, Neighbour and friend Nan and the late Ken also a special thank you to David and Margaret Pilkington his next door neighbours of 53 years looking after him so much.