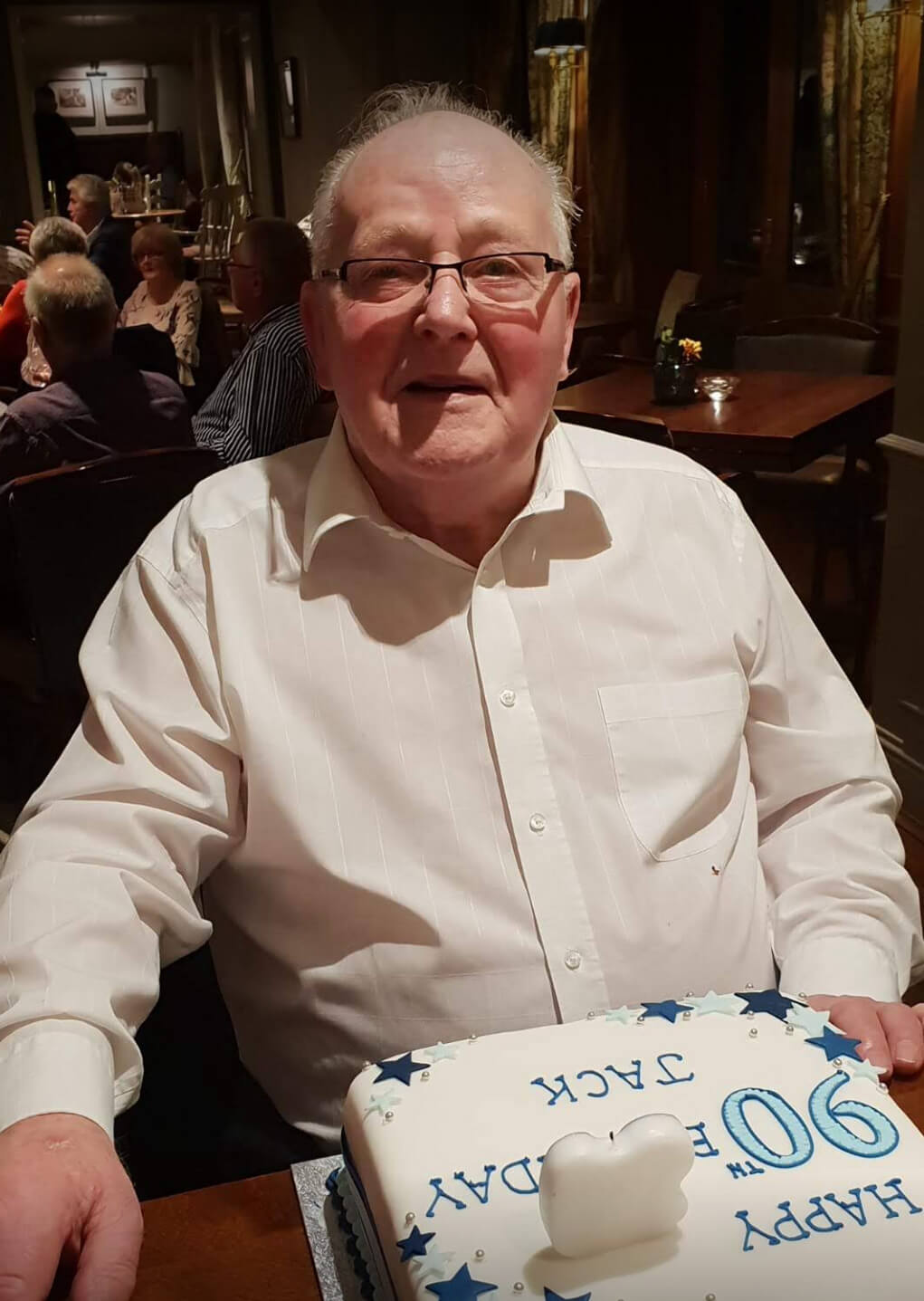 Peacefully in hospital with his daughters and grandson by his side on 27th August 2019, Jack aged 90 years of Clayton-le-Moors.  The devoted husband of the late Joan, dearly loved dad of Gail and Gillian, dear father-in-law of Garry and Ivor, cherished grandpa of Lisa, Debbie, Neil, Tracey, great-grandpa of Hannah, George, Noah, Will and Oliver, dear brother of Doreen and also a dear relative and friend.

Jack began his working life as an apprentice at Ormerod’s Garage in Great Harwood and went on to work as a motor mechanic at Gilbraiths for over 25 years up until his retirement.

In his younger years he enjoyed ballroom dancing with his wife Joan at the Conservative Club and he enjoyed watching Strictly Come Dancing on tv as well as every type of sport, but especially snooker and darts.  He loved watching James Bond films and was also an avid fan of Emmerdale and Corrie. Jack had great memories of family holidays at Butlins and later in life Jack and Joan travelled abroad together on many holidays.

Family flowers only.  Donations may be made in memory of Jack to Cancer Research UK.