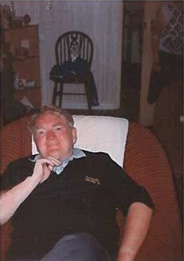 On 14th November peacefully at the Hollies Nursing Home, Clayton-le-Moors, Donald aged 92 years formerly of Accrington.  The dearly loved husband of the late Mary, much loved dad of Donald and Brian, step-dad of Philamena, dear father-in-law of Frances, Joanna and Raymond, a cherished grandad, great-grandad and great-great grandad and also a dear relative and friend to many.

Donald served in the second world war in the Royal Signals and was stationed in many different countries throughout the war.  He later went on to work at Ewbank, Pioneer and GEC in the stores retiring at the age of 65 from his senior storeman’s position.  Aside from work Donald loved to watch football.  He was a lifelong supporter of Accrington Stanley and always attended the matches in his younger years.  Donald always enjoyed holidays to Knott End and Fleetwood and he always looked forward to family visits so long as it did not interfere with his football.  He loved listening to music and playing bingo.  Donald was a kind gentleman who would help anyone and always put others first.